Few items signal the fall harvest season more than the bright, orange pumpkins that dot fields and liven up displays outside of homes and businesses. Come fall, many pumpkins are turned into grinning jack-o-lanterns just in time for Halloween. But there are many other uses for pumpkins as well.

Pumpkins are believed to have originated in North America. Early Native Americans relied on pumpkins as a source of food that helped them survive long winters. Pumpkins could be roasted, baked, boiled, and dried, and they were eaten and used as medicine. Pumpkin blossoms were added to stews. The shells of the pumpkins could be dried and used as eating and storage vessels.

While pumpkins may now be symbolic of Halloween, the following are a handful of additional ways this versatile fruit can be put to use. 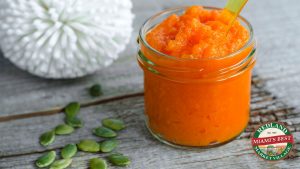 Pumpkins contain a number of essential vitamins and minerals that can help replenish the skin. Pumpkin purée can be mixed with honey, aloe vera gel, olive oil, and a bit of cornmeal to create an exfoliating mask for the face or body. Pumpkins also can be used to rejuvenate dry or tired skin from cold weather.

Honey, pumpkin, and yogurt can be mixed together and used to condition hair. Let the mixture sit for 15 to 20 minutes, and then wash it out and shampoo. 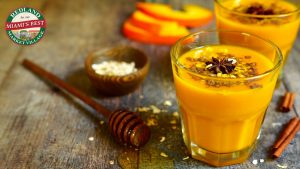 Pumpkin purée is the basis for many tasty, pumpkin-infused treats. Purée can be used in pies, cakes, muffins, bread, and many additional foods. Pumpkin purée also may be found in certain beverages, such as smoothies and shakes. A bit of spiced purée may appear as a flavoring in teas and coffees.

Roasted pumpkin seeds make a healthy treat. Foodies suggest using the seeds from “sugar pumpkins” or the ones best for making pies. Boil the seeds for a few minutes before draining. Spray a baking sheet with non-stick spray and put the seeds in a single layer. Bake at 400 F for 20 minutes. Allow to cool and serve.

Pumpkin wines and beers are popular as well. There are many recipes for developing sweet, fermented beverages, which tend to be especially popular in the fall.

The “guts” of the pumpkin can be simmered along with aromatics and other vegetables to create a vegetable stock perfect for soups and broths.

Pumpkins can also add to one’s home décor during the fall. Pumpkins can be carved for Halloween displays, hollowed-out to hold tealights, or simply left on tables and used as centerpieces. Larger pumpkins may be used as natural flower pots for mums or other seasonal floral displays. As the Native Americans once did, pumpkins can be hollowed out and used as bowls to serve favorite soups and dips.

Use a hollowed, small pumpkin as a natural aromatic candle holder. Cut holes in the sides to vent the exhaust. Rub aromatic spices, such as cloves, nutmeg, allspice, cinnamon, and vanilla bean, on the inside of the pumpkin. Insert a beeswax candle in the bottom of the pumpkin and let it send inviting aromas into the air.

Pumpkins and even other squash, are a versatile fruit that can serve many purposes beyond just jack-o-lanterns and pies.